skip to main | skip to sidebar

Eric and Debi are elusive to photograph, but we finaly captured them on camera: 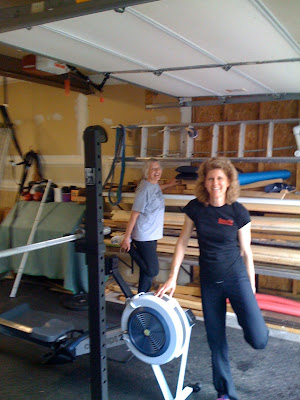 That's Debi in the background with Kirsten. 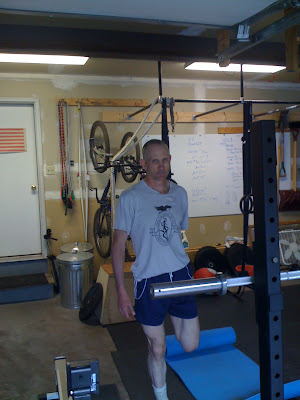 Here's Eric too.  No, they're just stretching!
Buy-in
Row
Deadlift review
Thrusters
WOD
3 rounds
Row 200m
10 thrusters
one rests while the other does a round.
Cash-out
Stretching
Eric was back for more tonight; Debi returned much improved after being under the weather.  Both did well and learned new skills.  Eric is getting some fast splits on the erg...1:45...way to go Eric!  Debi, never having been on an erg in here life, learned basic technique and made great progress over the course of three rounds.  Good job, Debi!  Times for 3 rounds of 200m erg followed by 10 thrusters:
Eric: 1:49, 1:24, 1:22.
Debi: 2:25, 2:15, 1:39.
Posted by Charles White at 11:07 PM

Charles White
I crossfit, row, run, xc ski, mountain bike and ride a horse. Music is a big interest; I play jazz and some classical piano. By day I’m a registered piano technician.